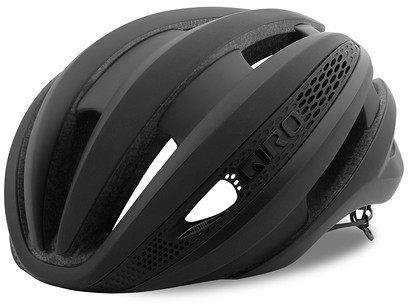 The Giro Synthe MIPS demonstrates just how far Giro can push their idea of the perfect all-round helmet design.

They started with a helmet that had been tested at the World Tour level. The Synthe had been already put through the wringer over 8000 ft. mountain passes, across scorching plains and down the Champs Elysees. How could they do any better? By adding a feature designed to keep the wearer safer and retain all the fantastic attributes that make it a category leader. The addition of a Multidirectional Impact Protection System - or MIPS - liner allows the hemet to protect the wearer better during oblique impacts. MIPS is the result of years of testing done by a team in Scandinavia that looked to reduce the severity of rotational brain injuries. Once Giro decided to produce a MIPS version of the Synthe, they put prototypes through plenty of torture-tests. Over 50 different test fixtures at Giro allow the engineers to refine the design and ensure each and every Synthe MIPS helmet will perform to their high expectations. They even use an on-site wind tunnel to ensure superior cooling.

The EPS liner of the Synthe MIPS helmet has Roll Cage internal reinforcement as well as a Thermoformed SL reinforcement layer. The outer shell is bonded to the EPS liner during the molding process, enhancing durability. Every step of building each and every Synthe MIPS helmet is done at least partly by hand, ensuring quality control. By the time each helmet is completed, over 100 parts will have been assembled, with 13 components alone needed to build the MIPS liner. Aero mesh panels allow air to pass over the helmet at high speeds while still optimising low-speed cooling. Giro's new Roc Loc Air is one of the lightest fit systems that Giro has ever added to an adult helmet, and can be adjusted one-handed. There's even a sunglass "dock" in the front vents to tuck your shades in during long climbs! Even with all this, the Synthe MIPS winds up weighing only 270 grams.

If you crash wearing a MIPS-equipped helmet, it will need to be replaced. The MIPS liner does not extend the crashworthiness of the helmet beyond the initial impact. 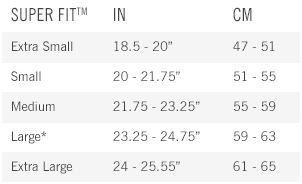